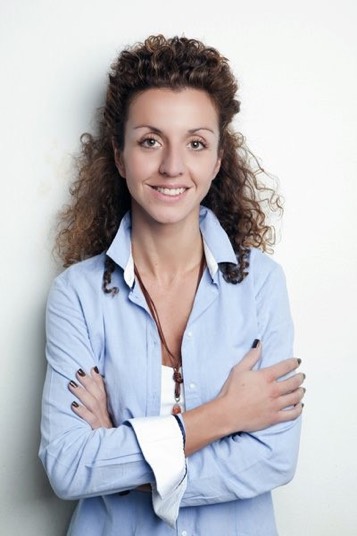 I am an Art manager and curator with a passion for bringing Greece’s brightest artists into the global art market and overseas brightest artists into Greek Market.
I do have a track record of organizing cultural events on a largescale not only in Greece but also in London, Paris, Berlin and rest of Europe.
As a successful businesswoman in the energy industry and former politician in my home country of Greece, I have always had a love for contemporary art – collecting for over 20 years. I am passionately combining the two great loves in my life. My political and entrepreneurial life in Greece with my enduring love for art and its evolution.
In doing so, I have decided to strongly support and promote Greek Art in London.
“I am “Entrepreneuring” Greek art in London!
“I am “Entrepreneuring” Greek artists in London!
And why London?

Varvara Rosa: Business and art in Greece and abroad

Investing in art (Article in Greek)

She has a track record of organising cultural events on a large-scale not only in Greece but also in London, Paris, Berlin, and the rest of Europe. Being a successful businesswoman in the energy industry and former politician in her home country, Greece, she always had a love for contemporary art – collecting for over 20 years. She is passionately combining the two great loves of her life: her political and entrepreneurial life in Greece with her enduring love for art and its evolution. In doing so, she has decided to strongly support and promote Greek Art in London, since London is one of the most important Art centres worldwide. It is a place that determines the art market to a great extent. Through her extensive experience working in the cultural sector, she introduces some of its brightest protagonists of Greek Art into London market. Varvara Roza Galleries is aiming to promote and establish Greek Art in the UK and European market.

“Greece was the birthplace of wondrous works of art. Modern Greece has a thriving artistic community. This generation’s art must be promoted and become internationally known.” Varvara Roza says

Iason Theophanidis, a bilingual British/Greek entrepreneur living in Athens Greece, is the owner and Managing Director of The Blender Gallery, based in Athens Riviera. With a background in 2D design and having worked as an artist who has exhibited and worked in both London and Athens, he has a unique insight into the needs and requirements of both artists and collectors. Having truly lived both sides of the industry, with a passion for art, he soon realised that he could do so much more for the industry by helping and managing other artists, which lead to him opening the gallery. Since 2012 he has been working with his team to promote upcoming artists in Greece and abroad as well as giving established artists a modern space to showcase their artwork.  Being half British and having travelled the world he has managed to bring a multitude of new ideas and concepts to ‘The Blender Gallery’ that set it apart from other Galleries in Greece.The Blender Gallery is a 400 m2 state of the art modern Gallery, constantly evolving, situated in southern Athens. Iason specifically designed the gallery to be incredibly versatile in order to meet all artist requirements. The concept for The Blender Gallery was born when Iason was working as a graphic designer and artist in a space shared with other creative individuals that they affectionately referred to as ‘the Blender’, due to their different disciplines. Iason believes that all creative forms of expression are art forms, and this concept remains strong within the ethos of the gallery today, establishing ‘The Blender Gallery’ as one of the leading galleries in Athens.

For Varvara Roza Galleries and the Blender Gallery the reason for choosing Greek artists, is obvious:

Greece has always been the birthplace of wondrous works of art.  Greek art is hugely significant and important throughout history for both Greeks and rest of the world. Modern Greece has a thriving artistic community. This generation’s art must be promoted and become internationally known.

In 2019, Iason Theophanidis and Varvara Roza formed a partnership. Sharing the vision to promote Greek artists, together they create opportunities them to gain the recognition they deserve, whilst also introducing artists from abroad to the Greek public and collectors. With Iason being British based in Athens, and Varvara being a Greek based in London they are uniquely positioned to turn this vision into reality, as they combine their networks to ensure that their services of art dealing, curating and marketing across Europe are of the highest level of excellence and integrity. Despite their plans being delayed due to the pandemic, they used this global turn of events to their advantage to promote the artists privately, to seal some sales prior to the exhibitions, and to further develop their strategy, so that their investment in these exceptional artists is as effective as possible. As both Iason and Varvara specialise in contemporary art, together they have already accomplished to discover rare talent of unique cultural relevance and diversity. Dedicated to make this art globally accessible, they have created a long-term strategy of careful steps placing value in quality not quantity. Always putting faith in personal contact and teamwork, they stand beside their artists and not opposite them, conversing and listening to their needs, giving them space to evolve. They also invest in building strong relationships with their clients/collectors, truly acting to the best of their interests and advising them accordingly.